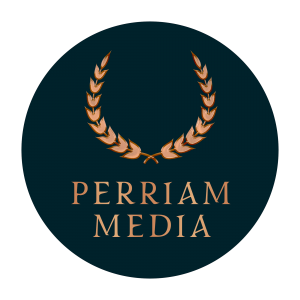 As a leading voice in New Zealand agriculture, Sarah Perriam has worked for over a decade behind & in front of the camera in rural media, recognised for her extraordinary commitment to telling an often untold story about how our food & fibre is produced.

Sarah has led an impressive career well-known from her nation-wide role as a radio host on Rural Exchange (RadioLIVE/MediaWorks) and a rural commentator on the AM Show. In 2018, she was named a finalist in the Westpac Women of Influence.

It was through this pivotal part in her career she was thrust into a position of representing the role females play in the growth of agribusiness and the importance of having an emotive and educated discussion with our consumers around farming.

January 2020 will see the launch of ‘Sarah’s Country’ via multi-media mobile app in a strategic alliance with Global HQ (Farmers Weekly/AgriHQ/Dairy Farmer) which will be a weekly show connecting curious consumers and passionate producers with open hearts & open minds.

Sarah’s passion for a connected value chain using the power of an authentic story can be traced back to observing her uncle, John Perriam’s, pioneering journey in the 1980s from rabbit-infused merino property in Central Otago to the fashion houses in Italy.

Sarah had the privilege of being raised on high country properties near Dunedin & in the Nevis Valley in Central Otago as a sixth-generation farming family who’s history dates back to the 1850’s.

With childhood memories preparing lunches for musterers, heading out on horseback and working in the woolshed, she saw her parents experience the tough years of farming.

Having been nurtured on the tussocks and thyme of Central Otago, Sarah is proud to now call Lincoln in Canterbury home as she enjoys exploring the Banks Peninsula in summer and the club ski-fields of the Southern Alps on her back doorstep.

Sarah’s media career began at the age of 24 producing & directing over 40 TV programmes for Country TV which lead her to establish Perriam Media in 2015 to bring innovative content creation strategies to agri-business.

With an non-traditional career pathway to become an agri-food broadcaster with no formal agriculture or broadcast degree, Sarah has developed an incredible skill for reporting on complex science and issues and communicating concepts to farmers when she produced the PGG Wrightson Stud Tour focusing on enhancing productivity through animal genetics.

She is motivated to improve ‘knowledge transfer’ of the latest research in snackable bites sized content which has led to the establishment of a video/podcast studio at Blinc Innovation in Lincoln, Canterbury where her agri-business clients can create their own series to talk directly to their audience on a regular basis with ‘high production values’.

Sarah hosts many ‘personal brand’ workshops & one-on-one consultations encouraging influencer’s in the primary industries to stand up and be ‘truthfluencers’.

You can reach Sarah to learn more about her content creation programmes, personal branding workshops or to contribute content ideas to ‘Sarah’s Country’ at sarah@perriammedia.com.